Thank you to my dear friend and colleague LoraSaysSo for this awesome write up for Filipino American History Month. Enjoy! 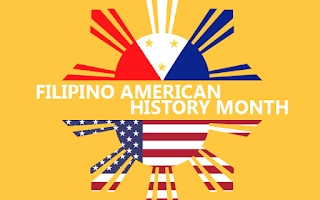 I’m pleased that October has been recognized as Filipino-American History Month in the Sweetwater Union High School District. Please note the choice of the word “History” vs “Heritage”.  The purpose is to focus on events and experiences rather than customs and traditions.  Why October? Filipinos first arrived to the U.S. in Morro Bay in October 1587 and it is the birth month of Larry Itliong, one of the fathers of the West Coast Labor Movement.