on December 17, 2019
Ask my son DJ who his favorite actor is and he’ll reply, without hesitation, “Will Smith!”

Lucky for us we were invited to a sneak peak to Will Smith’s new animated spy comedy “Spies in Disguise”.  We even got the “blue carpet” treatment! 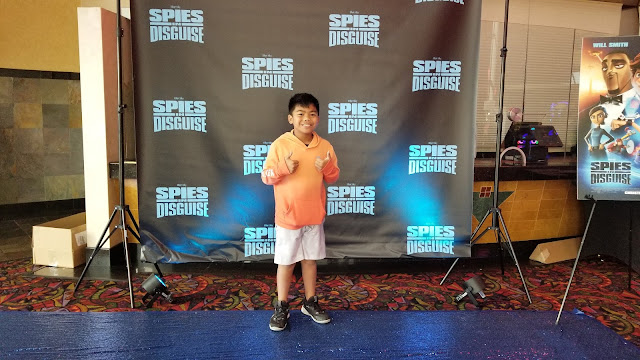 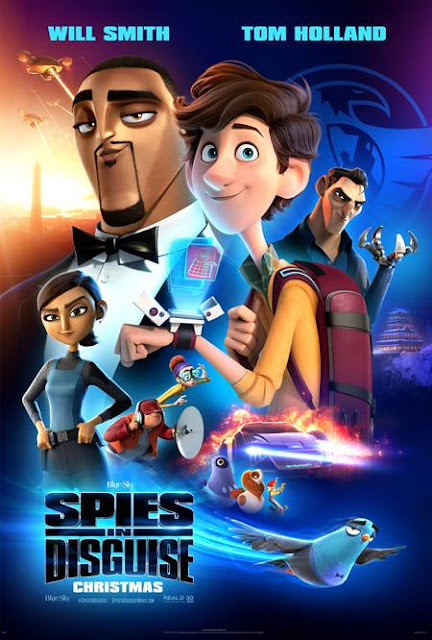 Super spy Lance Sterling (Will Smith) and scientist Walter Beckett (Tom Holland) are almost exact opposites. Lance is smooth, suave and debonair. Walter is...not. But when events take an unexpected turn, this unlikely duo is forced to team up for the ultimate mission that will require an almost impossible disguise-transforming Lance into the brave, fierce, majestic...pigeon.

The movie is action-packed with lots of laughs too, so much so I’d slap DJ on the arm a few times as I let out a good laugh! I have to admit, my favorite characters in the film were the pigeons. They stole the show! 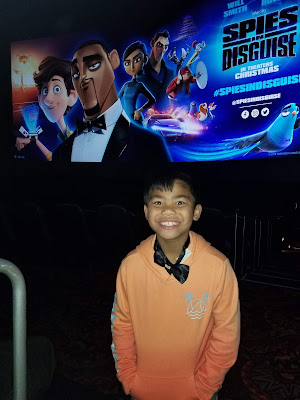 We even got a nice surprise after the movie with Agent Sterling sweets from The Donut Bar. 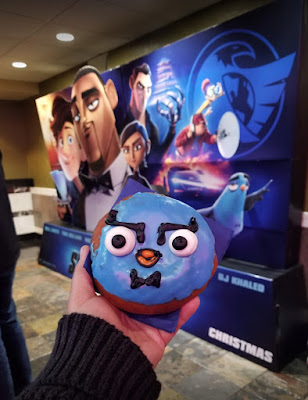 “Spies in Disguise” comes out in theaters on Christmas Day.

Disclaimer: We received complimentary tickets in exchange for this review. All opinions are mine.