Christopher Robin: All That And a Pot of Honey 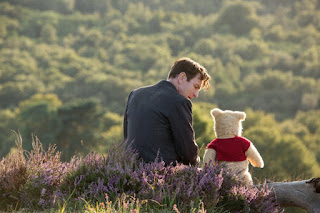 Christopher Robin is Disney's latest live-action movie based upon the beloved Winnie the Pooh children's books by A.A. Milne. The film stars Ewan McGregor as Christopher Robin, Hayley Atwell as his wife Evelyn. Bronte Carmichael as his daughter Madeline. 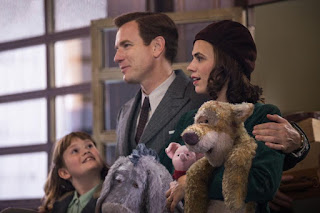 It is a wonderful story of a creative boy who has grown up and lost his way in the adult world. With the help of his childhood stuffed animals, Christopher Robin sets out to find his friends and remember what’s important in life and to stop and smell the roses. Or perhaps have a spot of something sweet like honey. 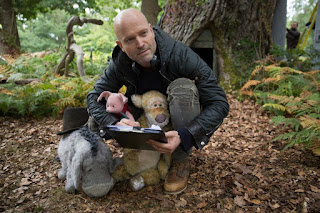 Directed by Marc Forster, Christopher Robin shares the same tone as one of his previous works, Finding Neverland. While Christopher Robin could be considered a sequel to the Winnie to Pooh short stories, you wouldn’t be wrong if you also said it was a prequel to Hook as they share many similar narratives.  Especially as a story about a hero who once explored a fantastical world as a young boy, then decided to leave it behind and grow up in the normal world while missing out on his children’s lives. In order to save the day they are pushed to rekindle the magic in order to find peace. 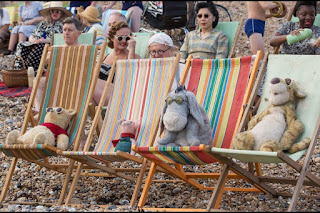 If your kids are not familiar with Winnie the Pooh. Christopher Robin is a great introduction to the stories.  My boys are always off on adventures involving their stuffed “lovies”. It reminds me of my childhood where my sisters and I would spend afternoons creating our own stories involving our stuffed animals, each with their own personality. My two sons and I loved this movie and can’t wait to watch it again with their cousins. 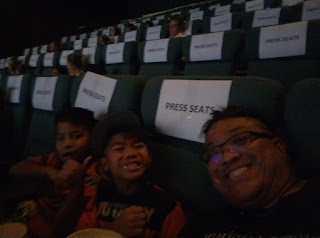 Message from Lysabeth:
Husband failed to mention that Winne the Pooh is his spirit animal. Some of my earliest memories of my husband of him wearing his Winnie the Pooh backpack around SDSU when we were college students. His business card (he used to pass out to cute girls) then had the quote, "Just a sweet honey bear, afraid to be stung." He was an extensive collection of "lovies", many of which are Winne the Pooh. Along with his sisters, their "lovies" were their play buddies growing up when dad was away on long Navy deployments and inside play was best for mom to keep an eye on all. Our home nowadays is filled with lovies we've shared our family memories with as well. We hope you enjoy Christopher Robin as much as we did! 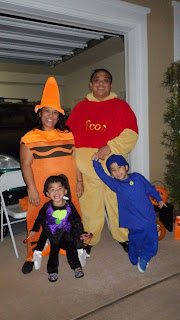 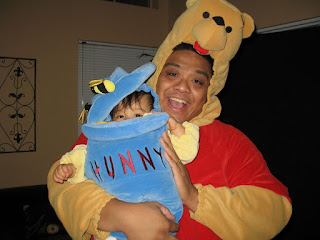 Disclaimer: We were given press passes in exchange for this blog post. All opinions are mine.