Solo: A Star Wars Story for the Fanboys

on May 16, 2018
I'm not much of a Star Wars fan so I sent hubby with the assignment to cover the press screening for Solo: A Star Wars Story. Here is his review in all it's Star Wars geekiness glory! 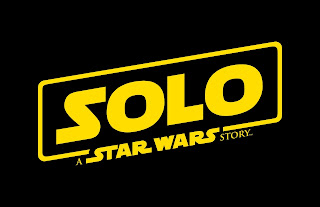 Solo: A Star Wars Story is the second standalone movie to be released by Disney and Lucasfilm. Following the success of Rogue One, Solo features Alden Ehrenrich in the titular role of young Han Solo. We see the growth of the scoundrel we know and love. The scruffy nerf herder who did the Kessel run in less than 12 parsecs, who helped save the galaxy and won the heart of a princess.

I'm a hardcore fan of Star Wars. But I was worried since the rumors that Ehrenrich needed an acting coach to come across as a dashing young Harrison Ford. The original directors Phil Lord and Chris Miller left due to creative differences. Rumors that extensive reshoots were needed.

But Ehrenich was surrounded by what I felt was great casting. Woody Harrelson, Emilia Clarke, Donald Glover, and Paul Bettany rounded out the cast. Oscar award winning Ron Howard was brought in the pick up the pieces. Ever since Disney bought Lucasfilm, they have, in my honest opinion, hit home runs on their theatrical releases.  I had faith. I would be one with the force, the force is with me.

Except I really didn't love this movie, and this is pretty much the bantha fodder of the Star Wars movies. I'd honestly put this below the prequels and above the made for TV Ewok movies. I don't know if anything will be worse than the Star Wars Holiday special.


I really tried to look for the good in this movie. I was able to find some good in the prequels, so there should be some diamond in the rough to find. John Williams music? The character design of the many alien species? Well, it's not coming from anything the character of Han Solo does by himself. Gone is the cocky smart-mouthed, devil-may-care pilot. Rather his best scenes are his interactions with the other characters. Mainly Chewbacca and Donald Glover's Lando Calrissian.


There is no real chemistry between Ehrenich's Solo and Emilia Clarke's Qi'ra. Heck, even the backstory and Han's love of the Millenium Falcon is more believable than anything between Solo and Qi'ra. I'm sure Ehrenich is a competent actor, but he didn't pull off Han Solo's charisma. It didn't work for me. I was really falling asleep, in a Star Wars movie. In order to keep myself awake during the lulls in the action, I started to think of other actors who would have at least chewed the scenery in a desperate attempt to make it work. 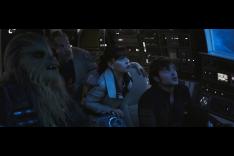 This then leads me to question some of the choices in the storytelling. Leaving me scratching my head. Any Star Wars fan knows about the famed Kessel Run in under 12 parsecs, but wasn't he running spice and not a Fast and Furious escape from impending doom? Does everything have to be tied to the rebellion? What really pulled me out is the soap opera-like return from the dead of a well-known antagonist. Yes, I knew of his return in the Clone war cartoon series but would fans who watched just the movies know? The only thing satisfying was yes Han shot first.

Would I recommend watching Solo?  Of course yes, but it's not an imperative. I may be biased because there's no Jedi or use of the force. But really I think its the poor acting and poor use of the other leads. That hurts for me to say as I was a big fan of watching Star Wars movies on opening night for midnight showings. But I just can't say the same for Solo. I think the producers gave into the fanboys that didn't like Episode VIII The Last Jedi which I LOVED. I'm hoping this is more of a sophomore slump, being this is the second stand-alone feature. Here's to hoping rumors hold true and the third stand-alone movie features Ewan McGregor reprising his role as Obi-wan Kenobi. A fanboy can only hope.

Disclaimer: I received press passes in exchange for this blog post and social media shares. All opinions are mine.