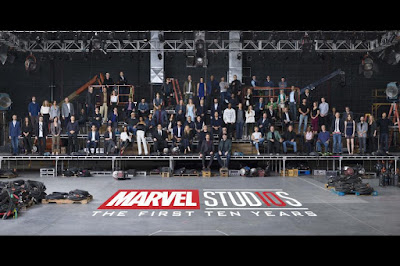 10 years. It’s been 10 years since the first Marvel cinematic universe movie was released (Sorry Howard the Duck) Kicking off with Iron Man, the universe expanded. Hit after hit it seemed Marvel could do no wrong. There were some growing pains (Fox owning movie rights to Fantastic Four and X-men, Sony laying claim to Spider-man) There were some pleasant surprises. (Did anyone really see Guardians of the Galaxy becoming the hit it is?) and questions, such as if Marvel would have the same success under Disney as it did when they produced their own movies. 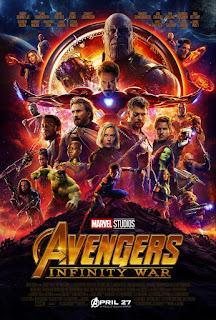 I was concerned how Avengers Infinity War would play out. For me personally, the last ensemble movie, Avengers Age of Ultron was a miss. Now with Infinity War, Superheroes such as Dr. Strange and the Guardians of the Galaxy would be mixed in together with the core Avengers. 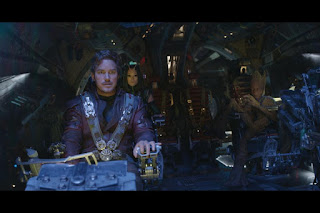 As a comic book fan growing up it was hard to keep the storylines straight. Having to collect certain issues to complete the whole story. I was worried that be the case in a movie that features over 20 heroes. Would there be enough screen time for all of them?

It’s artful storytelling. Picking up from the end of Thor Ragnarok, Stakes are established from the get-go. Even further expansion with additional planets and characters (the always great Peter Dinklage) And unlike other superhero movies (looking at your DC), the writers took the time to flesh out Thanos, the villain. Even though he was established in previous movies (Mostly in the end credit scenes) His backstory was filled out and even though weak, there was a purpose to his cause. 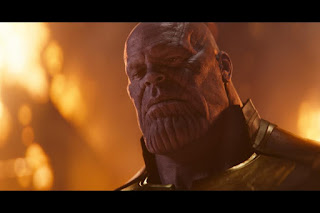 Also, the characters played off each other really well. Stark and Strange, Thor and Star-Lord, Hulk and Banner. 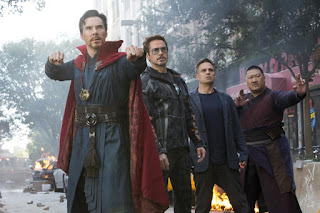 All of it felt natural. To the extent that I really missed seeing the X-men and *gasp* the Fantastic Four in this movie. Two franchises that would have played in this battle for the universe. (a comic book fan can only hope right?) The relationships between characters made the ending impact that much harder. Which is necessary to set up part 2 and allow for the inclusion of additional heroes. (stay for the scene at the end of credits) Infinity War is a good movie that properly setups the next phase in the MCU. (Captain Marvel anyone?)

Disclaimer: We received complimentary passes to the press screening of Marvel Infinity Wars in exchange for this blog post. All opinions are mine.