on May 13, 2017
Washington DC with Garcia Memories:
Day One
Day Two
Day Three 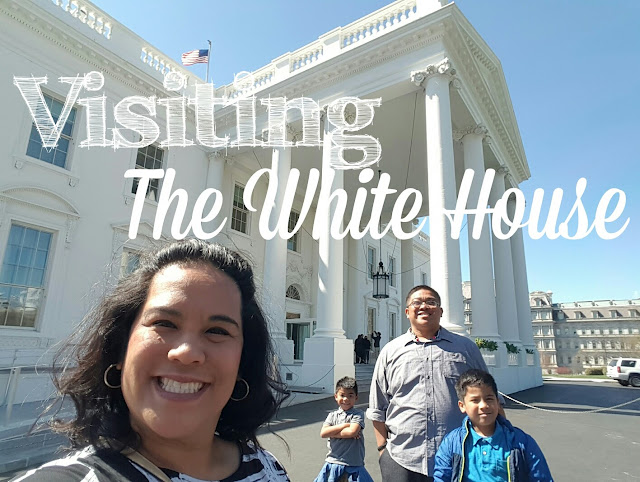 A few months back, when planning for our Washington D.C. trip, I did a bit of research on how to request a visit to The White House. I gathered that the best way was to write our local representative who would be able to help with arrangements. On Congressman Scott Peters' website, there was a specific section to request visits to The White House, The Capitol, Bureau of Engraving and Printing, FBI Headquarters, and the Library of Congress. 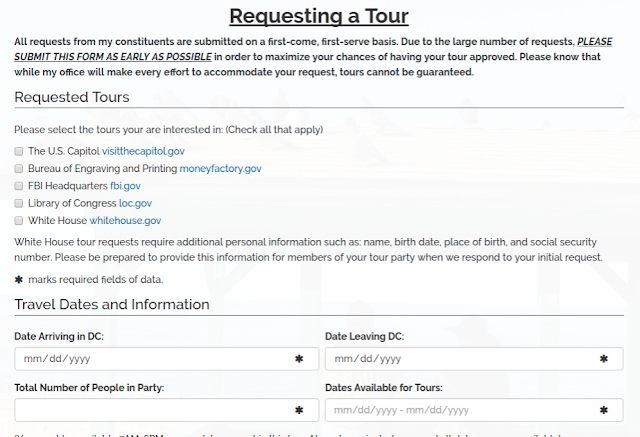 I did our requests 4 months in advance of our visit. It is advised to request your visits as early as possible. I quickly received an email from a staffer from Rep. Peters' office. She explained that my requests had been submitted and would be forwarded to each department in DC granting the tours. She also explained that, at that time, tours to The White House were not being processed pending the inauguration of the new president and his policy on White House tours.

Over the weeks following, I received separate emails with confirmations for the The Capitol and the Bureau of Printing and Engraving. Shortly after the news outlets shared President Trump's interaction with White House visitors, I received my email confirming our tour of The White House. 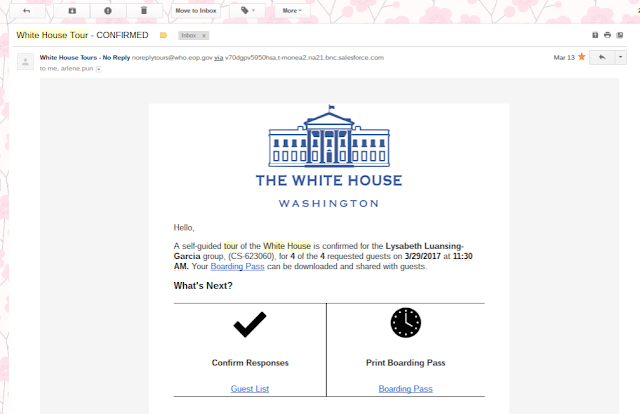 On our walk towards The White House Visitor Center, we walked passed Trump Tower. It is two blocks from The White House. There were several black, heavily tinted SUVs that dotted the street adjacent to the hotel. 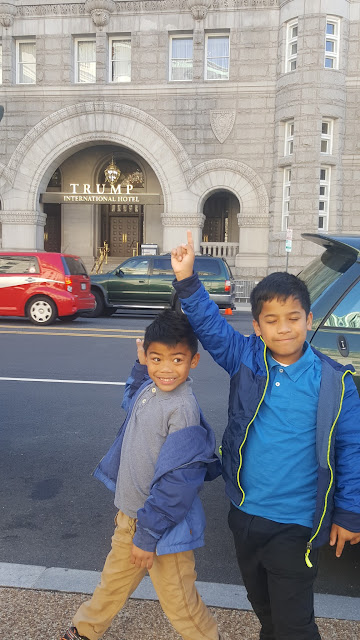 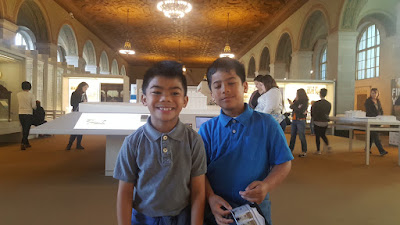 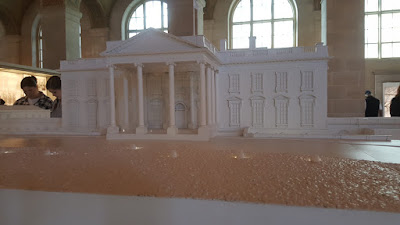 I really enjoyed the short film narrated by the former presidents. 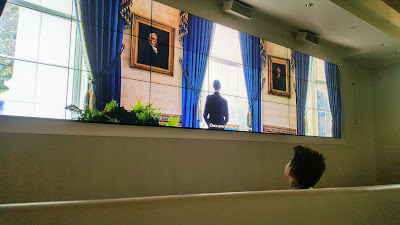 Although there was a small gift shop, we didn't buy anything since bags are not allowed during The White House Tour.

We arrived at the line to start our tour at the suggested 15 minutes before reservation time. 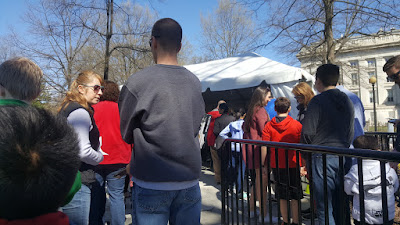 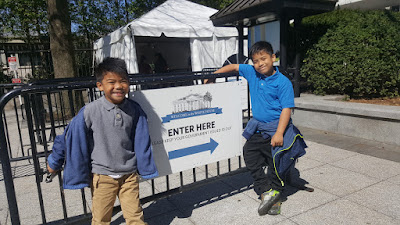 Before our tour began, there were three security checks. At check point one, I was held by the secret service agents since my identification and my reservation did not have matching birth dates. As they held onto my ID, the cracked a few jokes at my 4'11" height, even having my stand next to the shortest of them all to prove my height. Being me, I really wanted to bust out my camera but I figured it would have been awkward. Total secret service agent fan girl moment. Ha!

They ran my security check again and after about 30 minutes I was cleared. At security check point three, there was a security dog and a metal detector we all had to go through. No bags of any kind are allowed on The White House tour. My small wristlet was even questioned by secret service.

Once inside The White House, a secret service agent explained the tour was self guided and self paced. We took our time while we walked around. There was a clear path of red velvet ropes of the self-guided tour. 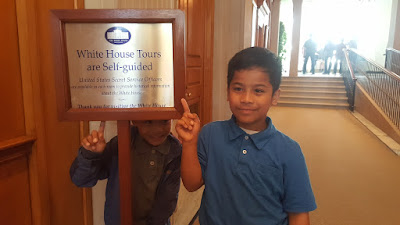 We tried to stay behind the pack of visitors in our tour to enjoy our time and take a pictures without others in the background. Although we were advised the tour was "self-paced", there was a secret service agent right behind us, moving us along, as we were the stragglers behind the rest of our tour group.

Each room was beautiful. I really wanted to take video to catch a the grandness of it all, unfortunately video is not allowed in The White House.

After looking through my pictures, I realized the Secret Service Agents did a great job of keeping out of my photos. Perhaps they're trained to do so!


Here is the route of our tour: 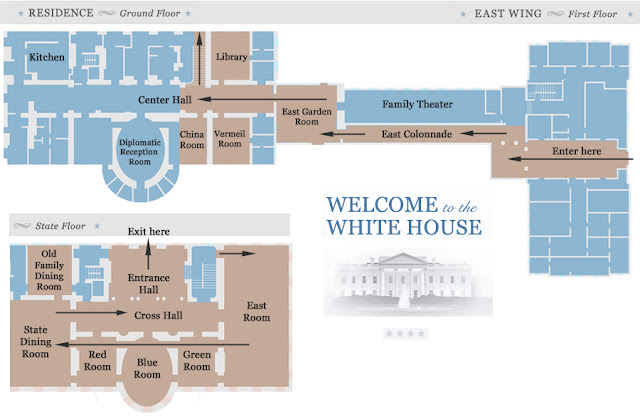 The entire tour took about an hour. Every room we saw in person were rooms I've seen throughout the years in photos and videos, in history books, magazines, documentaries, and news programs. It was amazing to have visited "our" house, The White House. 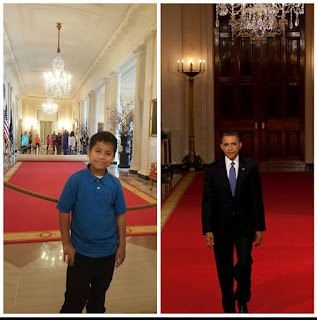 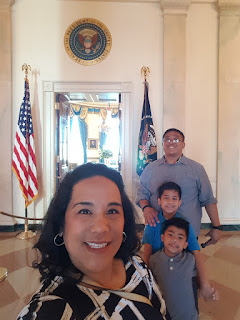 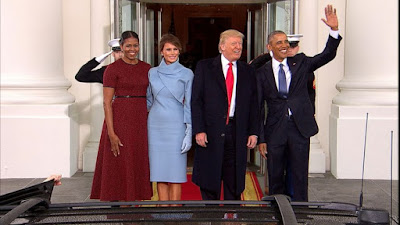 We squeezed in more sightseeing on Day Three:

Lunch at Astro Doughnuts and Chicken 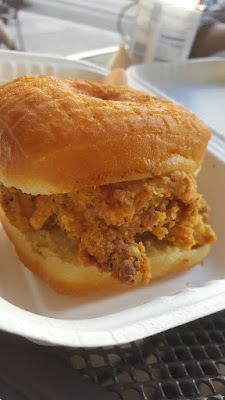 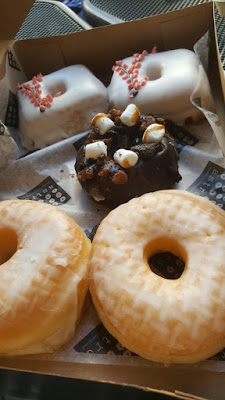 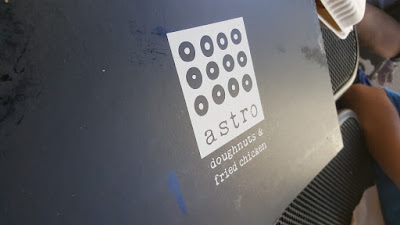 Metro to George Washington University stop and strolled through the university 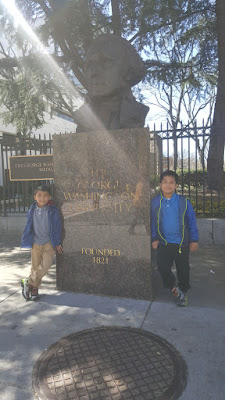 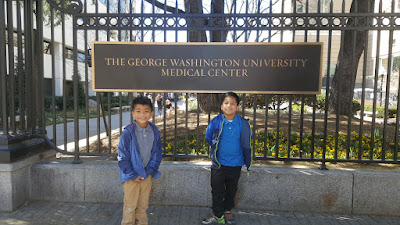 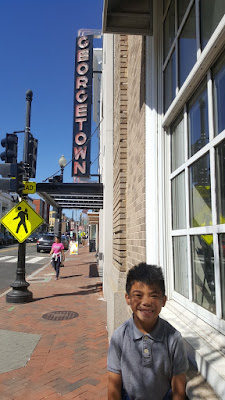 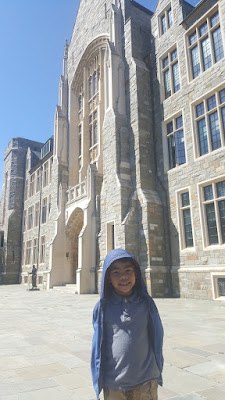 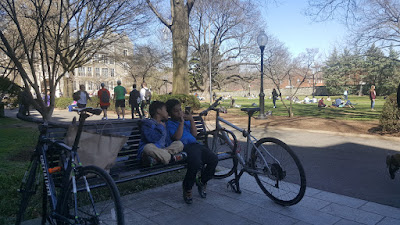 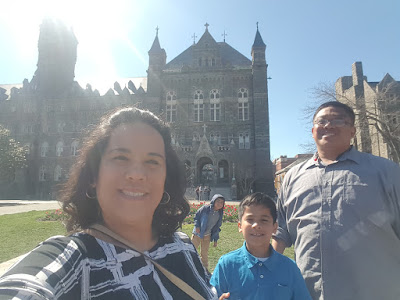 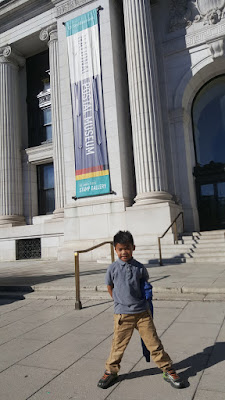 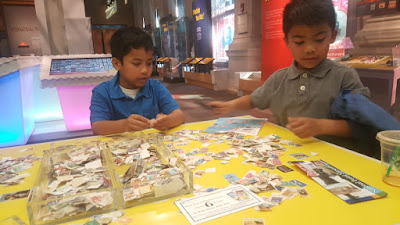 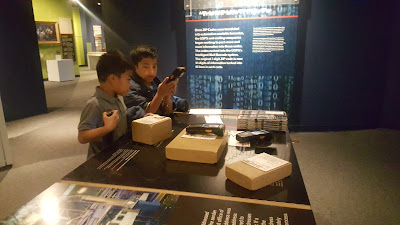 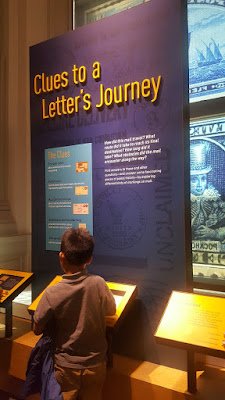 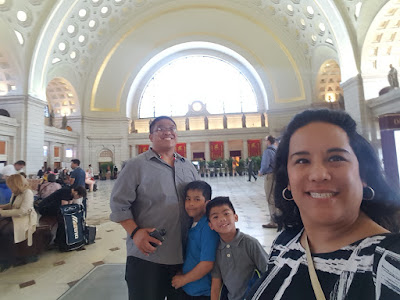 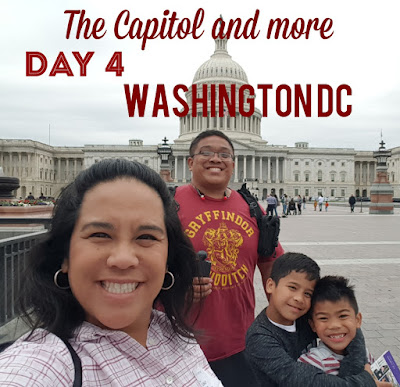