Everything is Awesome at Legoland California

on March 15, 2017
GUEST POST:
Audrey Kramer is a stay at home mom of her daughter, E who is 2.5 years old and her fur baby, June Bug. She resides in San Diego, navigating life as a mom, military spouse, and that all so relatable friend who never truly has it all together, but somehow makes it through the day. http://soupsandwichmom.blogspot.com/

The minute I announced that we are going to Legoland, my child ran from one end of our apartment to the other yelling “Emmet, Batman, Lucy!” Just a few name drops from “The Lego Movie.” The excitement of Legoland is the equivalent that most have for Disneyland or Vegas. Having only been twice before, she knew what was in store for this adventure.

My two year old adores the park. Upon entering, the Lego Batman Movie was the main attraction. Children were parading around with Batman masks much like E was in the picture below as well as my much enthused man-child of a husband who also wore the mask proudly.

​
There was a staged area dedicated to a meet and greet with Batman periodically throughout the day. We made it first in line to a late afternoon meeting. While we waited for Batman to make his grand entrance, E was running around in circles around her toddler friends chanting “Batman, Batman,” and upon his approach, the poor thing was starstruck. She did get comfortable enough to hold his Lego hand eventually.

The park also provided a crafting area, where Batman enthusiasts were able to build a Batmobile out of Legos as well as a scavenger hunt promoting the film. Our group of toddler friends were more interested in other aspects of the park like the rides and the various play areas.

The Duplo Playtown was were it was at for my kid and her friends. Everything from the Legoland Express, (which is an obscenely adorable train for little ones that takes them on a quick loop in the playtown area), to all the fun play structures for littles to galavant around, to the fun brick sized Legos for kids to build. It was a utopia for both my child and man-child husband who love to build and tinker around with blocks.

My favorite part of the park is the carousel with Lego Horses. My inner child was smiling inside as we went around in circles; sounds of trotting echoed throughout the ride. My friend’s son couldn’t get enough of the ride, trying to make the horse “giddy up” the entire time.

All in all, our day at Legoland was great. The children were overjoyed and us adults had a great time watching our children light up with excitement. We will be returning in the near future. In the spirit of the Lego Movie, “everything was awesome.” 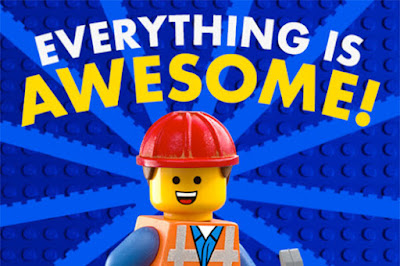