Hands On Technology Camp for Kids

on September 13, 2016
I love "On This Day" notifications on Facebook. Today, this funny video came up on my feed.

This video is 5 years old. My son Jelo was three years old at the time. Yes, this is him doing a vlog. He was vlogging before I was! It's hard to make out what he is saying but there are a few words I can make out, "Hi guys...blah blah blah...Facebook...blah blah blah...Google.....blah blah blah....phone...". His rambles continue until he sees me approaching (you can spot me at the very end of the video) and he ends is vlog entry.

My Jelo has had a passion for all things technology his whole life. You can see his technology inventions and creations on Instagram with the hashtag #GarciaYayTechnology.

He started with the iPhone 3G, using apps like Starfall and Teach Me to learn his phonics, numbers, colors are more. As he grew up, as did his devices: iPod Touch, Nexus 7, Motorola Xoom,  iPad Mini, Kyrocera Tribute, iPhone 4s, Windows Lumia 365, and now iPhone 5c. These are all hand me downs from his daddy, who works in the technology industry, and grandparents who upgrade at every chance they get.

Some of his favorite apps today are Pokemon Go, CNET, Minecraft, BrainPop, and TenMarks. The YouTube videos he likes watch include CNET, tech tutorials, and Minecraft videos.

This past summer, Jelo was able to participate in two technology summer camps which he enjoyed immensely!

The first camp was Hands On Technology. We are very thankful for the scholarship he received for technology camps can be very pricey.

With Hands on Technology, Jelo learned about computer programming, engineering, and even essential typing fundamentals which many students doing get during the regular school year. 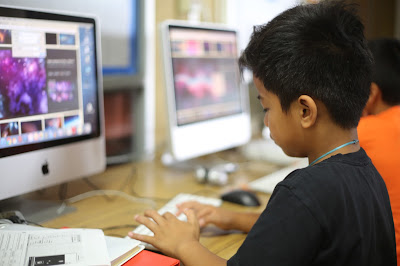 Jelo was able to build this own Android apps, games, and even design his own circuits projects. I loved seeing him excited about his learning and being able to apply what he had learned. 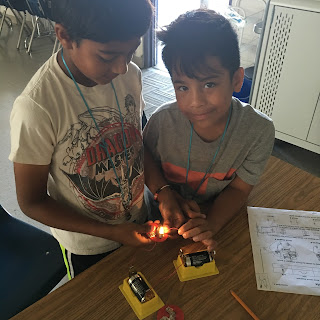 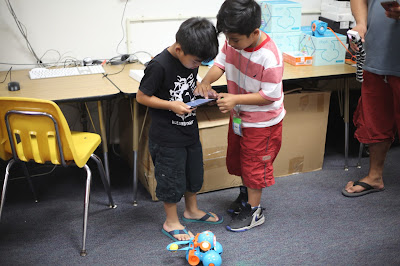 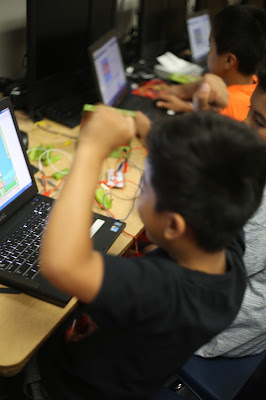 Here is a video of him explaining the MIT App Inventor that he learned how to use at Hands On Technology Summer Camp.

I'm so very proud of my little guy and his dedication to exploring his love of computer science and technology! Thank you again to Hands On Technology for allowing Jelo to be a part of their program this year! 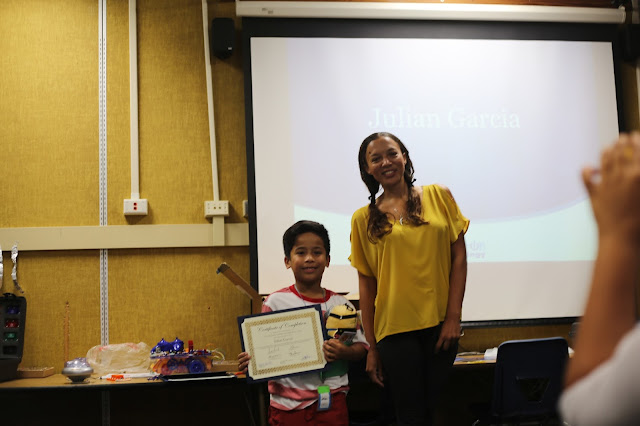