on March 18, 2016
Hubby and I spent last Valentine's Day doing something we love: eating sushi!

Yet, this was not your usual sushi outing, we went to the Sushi Smackdown at Iron Fist Brewery in the Barrio Logan community of San Diego. 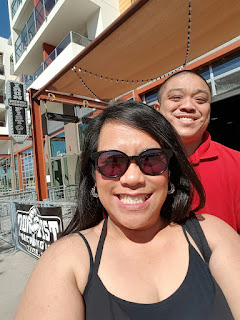 Sushi Smackdown is all about a battle including local chefs who make a dishes in 4 different categories. Guests at the event get to judge and vote for their favorite chef.
Hubby and I enjoyed the beautiful view of the Coronado bridge and the cool ocean breeze as we waited for the Sushi Smackdown to start. 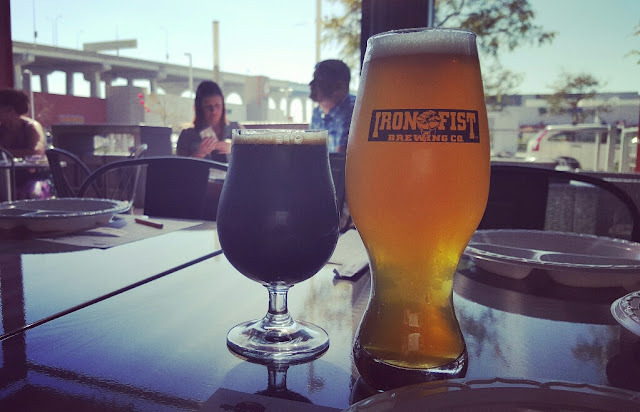 I was expecting chefs to be ready for battle, just like Iron Chef on the Food Network. after all, the pictures of the chefs on the Sushi Smackdown website looked like this:

Yet, these were the 4 chefs at our Sushi Smackdown: 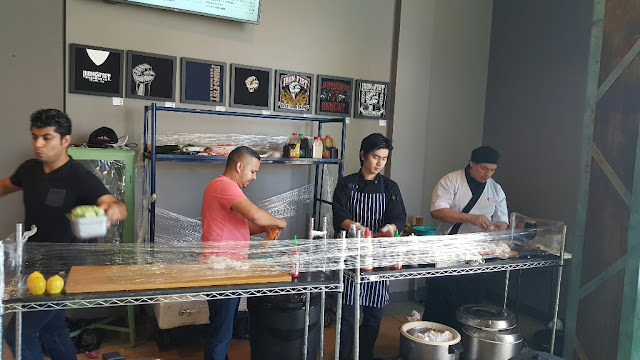 I wasn't about to judge a book by its cover. I was going to set the sushi speak to decide which chef reigns supreme!
The Sushi Smackdown allowed us to try over 20 bites of sushi, sashimi, poke, and desserts. The sake and beer and beer made the event all the more enjoyable! 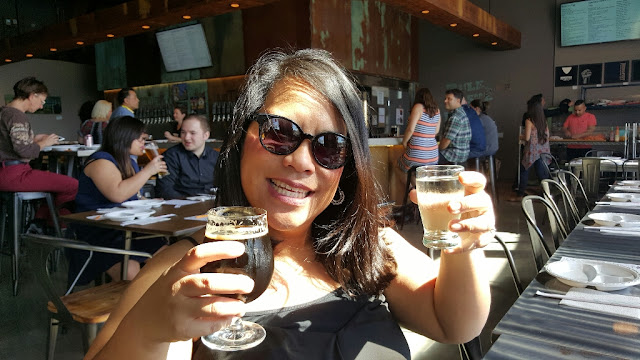 The sushi was delicious, maybe extra delicious because I was really hungry. The flavors and presentation was good, nothing extraordinary. The servings were not consistent. The event took over 4 hours. With a crowd over 100 in attendance and only two servers, the food was slow to come out. Each chef also worked independently, preparing their dishes without assistance. The amount of food was not what I had expected.

Before each sushi platter was served, the entire event had to be quiet for the host Gino and camera crew to interview the chef to give details about the dish to be served. Keeping a crowd of over a 100 quiet in a brewery, most of who have already consumed their 2 beers and 2 sakes, was a frustrating task for Gino. His "ssssh"-ing the crowd was a buzz kill for all having a good time. 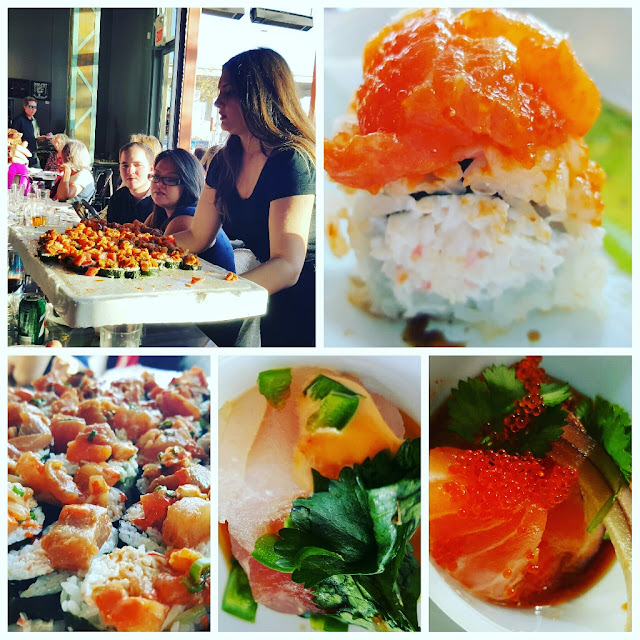 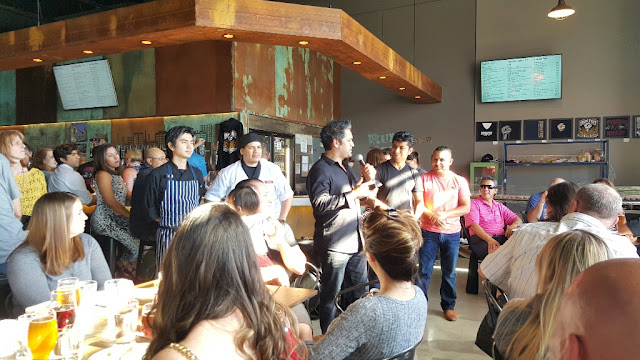 After each round of sushi, host Gino would take hand votes on which bites of sushi the crowd liked the most. Here you see host Gino with the four chefs at the end of the event to announce the winning chef. Honestly, I can't remember who won. Halfway through the event, the sushi was being served without announcing which chef prepared it so I gave up on the score card and just patiently waited for the next sushi bite to be served.

I was hoping Sushi Smackdown was going to be more of a show of chef talents with sushi chef coats, glimmering sharp knives, sights for the eyes, and a treat for my palette - all things a chef battle should have. I'm sad to say Sushi Smackdown was a let down.

Disclaimer: My husband and I received complimentary entry to the Sushi Smackdown in exchange for this blog post and social media shares. All opinions are mine.