My 5 year old DJ has just performed in his 2nd Projekt FX show with Studio FX of San Diego. Projekt FX is in its 5th year of bringing local choreographers and dancers together in an awesome dance showcase. 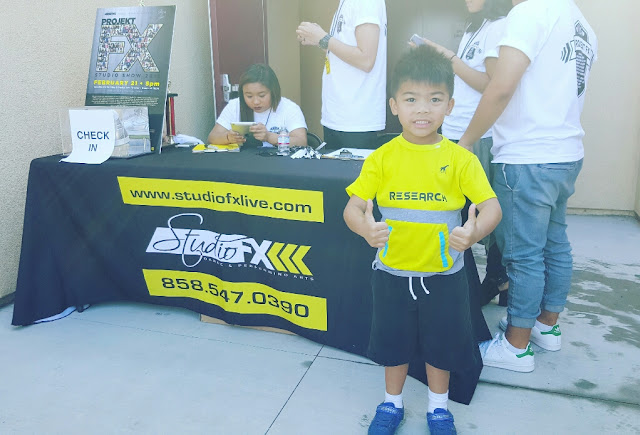 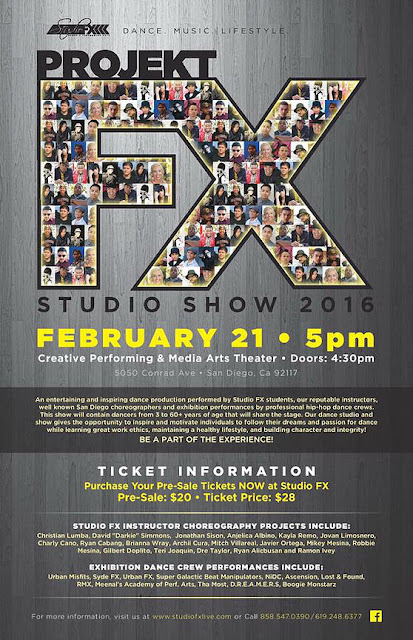 When he was three, I noticed DJ's love of dance while he danced along with Just Dance videos on YouTube. I enrolled him in the kids beginning hip hop class at Studio FX and since then he's loved dance!

With Studio FX, DJ has been able to perform at Padres games during the summer. He's been so brave performing in front of thousands of people!

This year for Projekt FX, DJ was able to work with choreographer Ramon Ivey. Mr. Ivey has worked with multitudes of artists, creators, and professionals such as CeCe Winans, L.L. Cool J, Kirk Franklin, Jeremiah, and The-Dream to name a few. He has also performed on the 2001 Emmy Awards Show, and the Christian Music Awards in 2009.

Mr. Ivey's concept for the Tiny Tots performance at Projekt FX was "Minions".


Check DJ and his fellow Minions out at 4:15 in the clip below! DJ is the Minion on the far left, then the one in the center with the break dance solo.

DJ has been with Studio FX for almost two years now. The studio has definitely fostered his love of dance. The teachers are so supportive and encouraging, especially for him since he's been the youngest in many of the classes he's taken. The older, more experienced kids have been great mentors to my son as well. They guide him during class which helps with his comfort and confidence.

Here is a compilation of DJ's dance rehearsals and performances:

I highly recommend Studio FX for any kids who love hip hop dance!