on April 22, 2015
My little DJ's passion for dance has got him doing great things lately! Last week, DJ was able to perform as part of the Padres Kids Crew his dance studio, Studio FX. 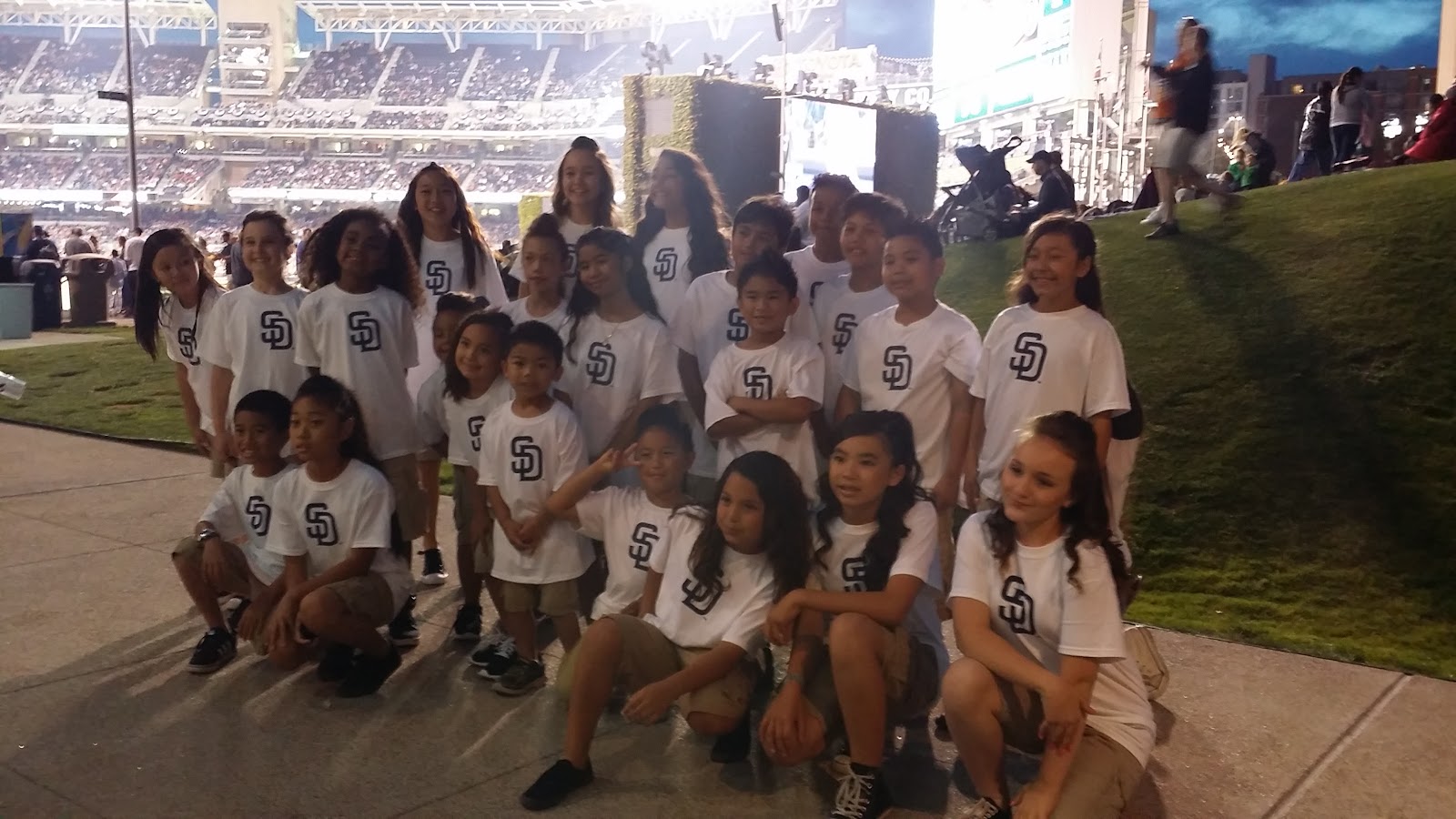 The kids practiced for weeks getting ready for the performance.


Unlike DJ's first public performance at the Escondido Performing Arts Center a few months ago, he was now showing nervousness as the Padres performance was getting closer. As the kids were talking about performing in front of thousands of people, DJ grew more and more worried as the days came closer. But he kept focused on practicing and was excited for the day to come.

The day of the performance, when we arrived at Petco Park, DJ held on to my arm tightly as we walked through the crowds to meet up with his dance group. As the group practiced in the parking lot, DJ didn't want to lose sight of me. He kept saying "mommy, don't leave me". 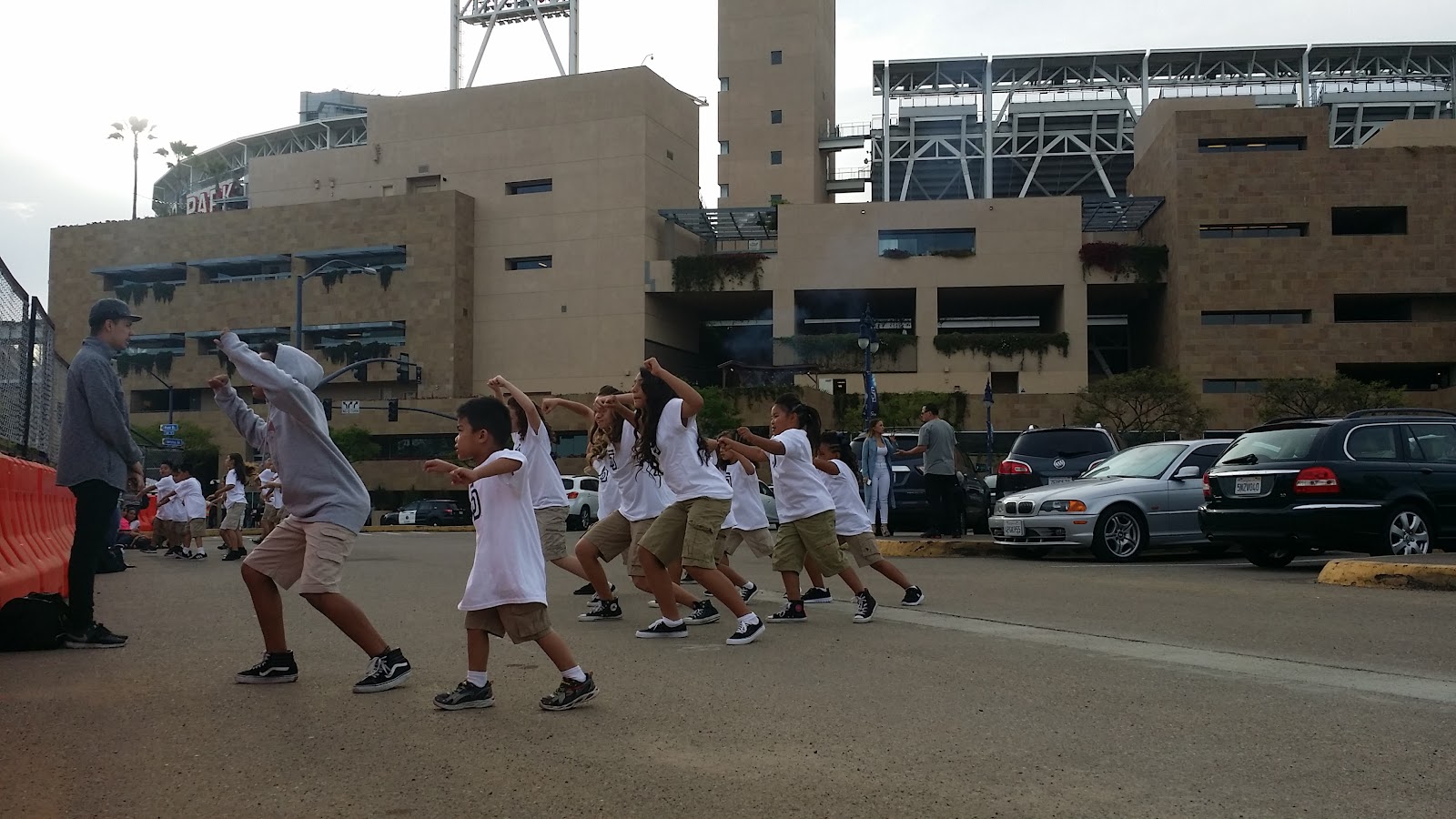 Eventually, we headed inside Petco Park to get the kids ready to perform. All the parents took their seats inside the "Park in the Park" while DJ still held tightly onto my arm. Being the youngest of the group, the Padres folks let me walk with the dance teacher and kids onto the field level.

As the kids waited for the cue to run onto the field, DJ's nerves got the best of him. He started crying, saying he didn't want to perform any more. I tried to calm his fears. Even his dance team members told him it was going to be OK, that he was going to have lots of fun, and that he would do great. None of the encouraging words eased his fears.

Soon enough, the kids started to run out onto the field and DJ didn't follow behind them. So, I dragged him running behind the rest of the kids as they took position to start their dance routine. I must have looked like a crazy dance mom forcing her kid to dance. When I heard the music start, I pushed DJ into position and crouched behind the camera man who was filming live for the jumbo-tron. Here is the video I took: 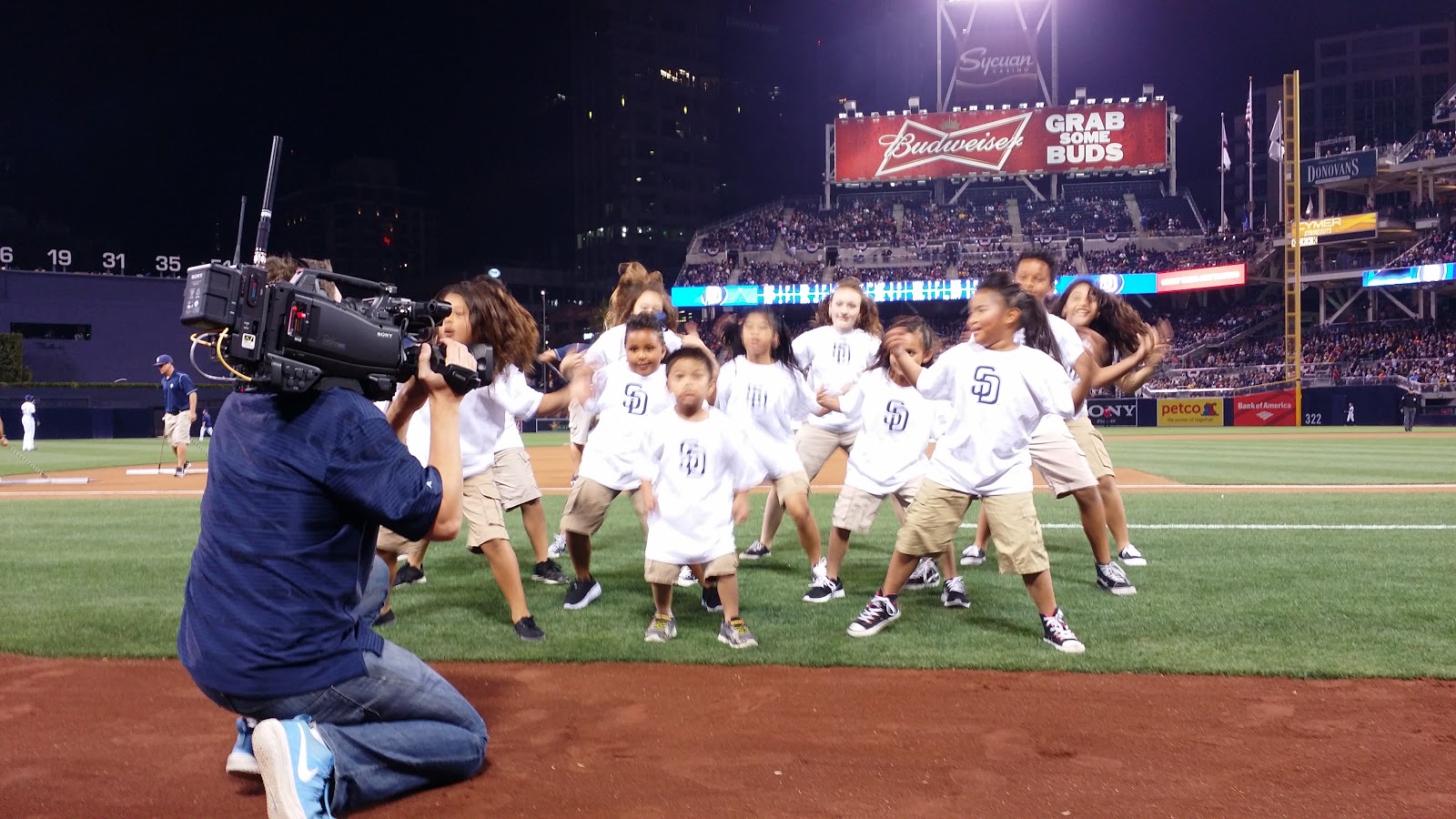 You'll see here that there is a close up of DJ right before he starts to dance. That's literally two seconds from when I pushed him into position. If you look REALLY close as the bends to take position, you'll see a snot stream fall from his nose from all his crying. Poor baby! This is hubby's point of view of the jumbo-tron from the 'Park in the Park'.

Midway through the performance, there was another close up of DJ where the crowded roared. It was an awesome feeling! I was definitely a proud mommy at that moment! As the kids went up the stands after their performance, they were greeted with dozens of high fives and words of encouragement. It was amazing!

After the performance, DJ was his normal self, laughing and playing with his brother and dance team friends. When I asked him what had happened, he just said "I was just really nervous mommy".

I'm so proud of my little guy performing in front of a sold out 40,000+ crowd for opening weekend for the Padres!

Thanks to our family for coming out to support! 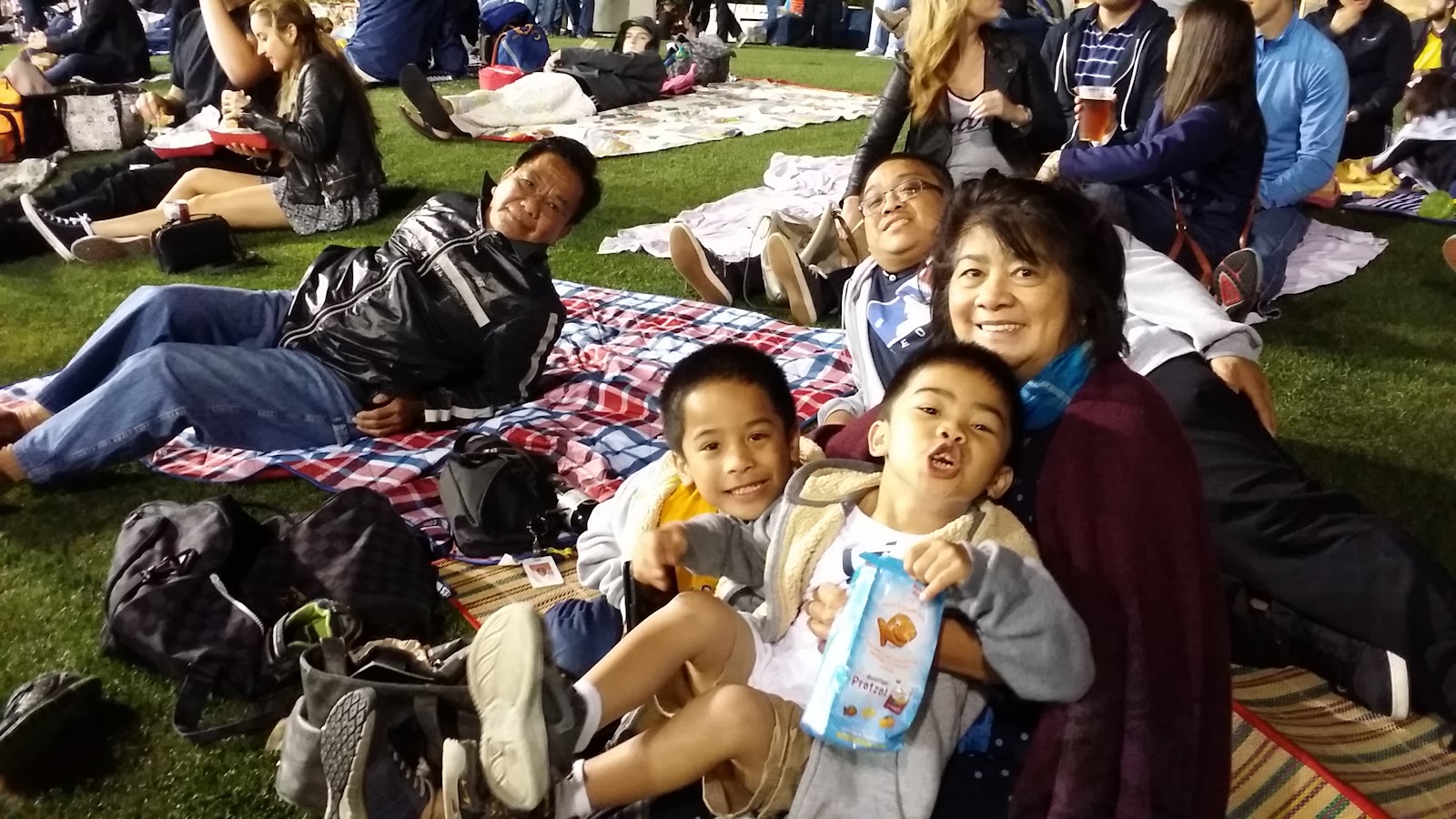 The Padres Kids Crew from Studio FX has signed on to perform throughout the season, which means more dancing DJ!

See you at the ballpark!