on December 18, 2014
Christmas time is always so much fun! I have to admit it's one of my favorite holidays! For this Throwback Thursday I'm re-posting a blog post from my previous blog hosted on Google Sites: Holiday Season with the Garcia's from 2012. Enjoy! 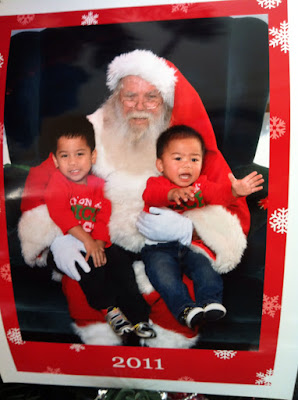 Here is the boys' annual picture with Santa! Jelo sat on Santa's lap and shared he wanted a cash register for Christmas while DJ stayed in my arms off to the side watching the entire interaction. When it was time to take the picture, we quickly put DJ on Santa's lap, yelled cheese and took the picture. Jelo smiled, DJ screamed! This picture is classic! The boys' shirts say "I'm on the nice list". Hmmm...nice most of the time, not all the time! 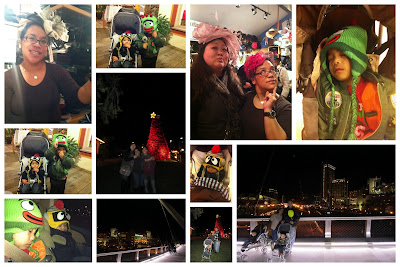 One of the first activities of the season was a trip to the December Nights at Balboa Park the first weekend in December. Good friends Mikey and Joyce decided to join us. We parked at Petco Park to catch a shuttle, only to find the line for the shuttle went around the block and down the street. We decided to talk a nice walk down Harbor Drive, across the new Harbor Drive pedestrian bridge, walk along the convention center and soak in the sights and sounds of Seaport Village. 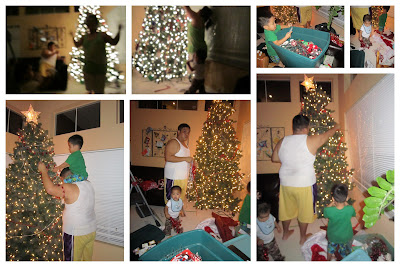 Putting up our Christmas decor this year with out two little helpers. We decided to throw away all the breakable ornaments and not put up all the decor we usually do. Jelo was a great helper! DJ just wanted to put everything in his mouth! It's neat to see the pictures each year and how small the boys look next to our Christmas tree. We have lots of great memories around our costco tree! 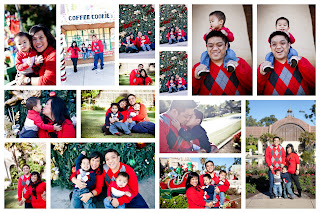 Espero Photography did our annual family pictures again this year. Jelo was in a "bad mood" the entire session so there aren't very many pictures of him smiling. We have lots of beautiful pictures from the great team of Sheryl, Sherwin, and Stephanie! 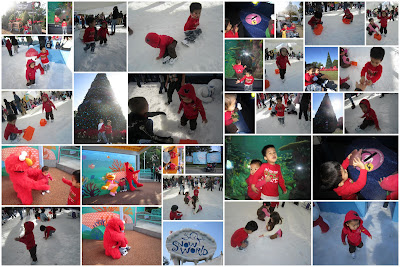 Sea World is a great place to enjoy in the middle of the winter in San Diego! We had a great time at Snow World in the 70+ degree sunny weather! As soon we walked in, DJ saw the giant Christmas tree and was trying to jump out of his stroller to make a run for it! We also had a fun time with Elmo who gave the boys a giant hug! We spent lots of time in the new turtle reef exhibit where we watching the swimming turtles and played the turtle race game. 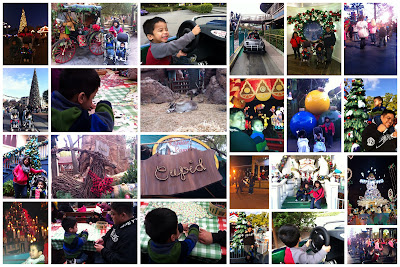 Our Disneyland annual passes expired at the end of 2011 so we decided to get one more visit in before the year ended. Jelo and DJ love Small World, all the more it was decorated in celebration on the holidays around the world. In Critter Country there were some live reindeer and activities for the kids to do. During this visit, every time there was live music DJ would jump out of his stroller to dance! It was so fun!

The holiday season isn't complete without a visit to the Christmas lights of the local neighborhoods! 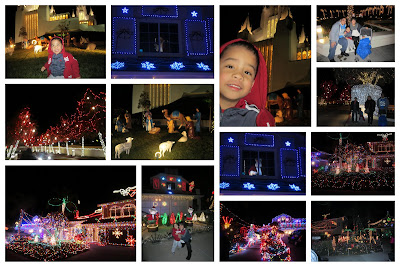 On Christmas Eve, the boys wore their Harajuku shirts and bowties (because I don't have a girl to dress cute) and daddy matched with his own bow time from me! We attended mass with Lola and Tatay and headed to their house for dinner. We opened a few gifts before heading home! 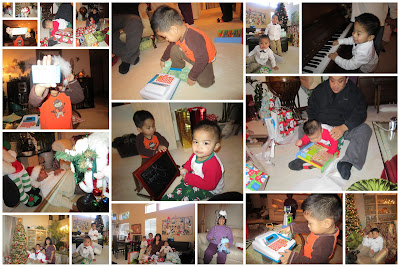 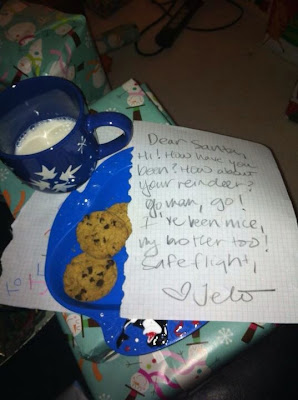 I helped Jelo write a note to Santa before he went to bed!
He modeled his note this year after his new favorite, Charlie Brown! 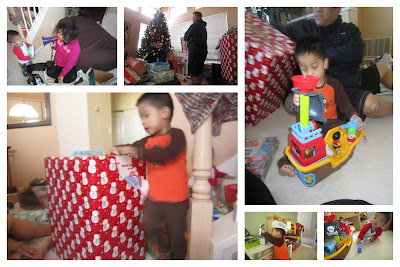 Christmas morning the boys, including Don, woke me yelling "It's Christmas Mommy! Wake up! Let's go downstairs!!!" Wrapping and tissue paper starting flying all over! Boxes being ripped open! I didn't even know what came from who! All I know is Santa granted my wish and got me my megaphone! Yay! 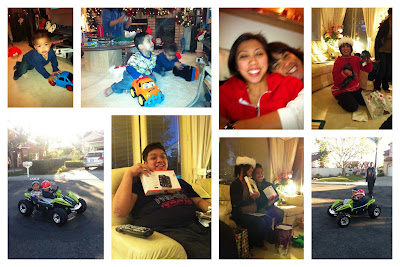 Christmas Day we were greeted in Lola and Tatay's drive way with Jelo and DJ's new car! They quickly put on their helmets and drove around the cul-de-sac! Auntie Tara joined us but she wasn't feeling to great, we think it was food poisoning! After having something to eat, we opened more gifts! 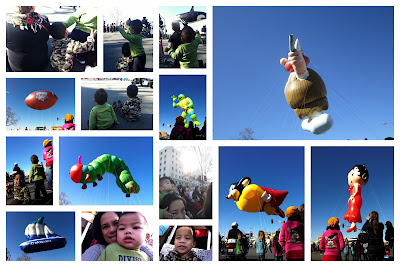 The boys and I went to the Big Bay Balloon Parade on December 27th. As we walked through downtown, Jelo said, "Mom, are we in New York?!" The parade was very crowded and people were invading our personal space. The parade wasn't paced right either, some parts passed by us really fast and then 10 minute gaps. We didn't stay for the entire parade, the boys got bored! 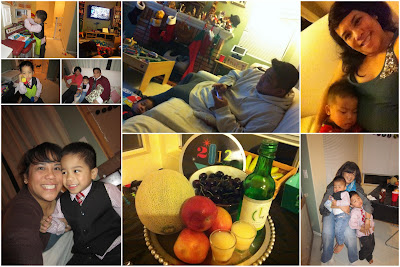 We ended 2011 with the Garcia's and Castano's over for NYE dinner. Don and I toasted in the new year with some Yo-Cool and Soju in our family room with our boys passed out on the floor and toys all over!

We started 2012 doing one of our most favorite things, spending time with the Luansing cousins! We met up for lunch at Maggiano's in Los Angeles, and did a $5 white elephant gift exchange! It was super fun! We walked around The Grove and the LA Farmers Market a bit and headed to Lamill Coffee to enjoy some java and conversation! 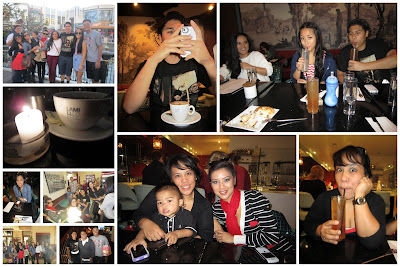 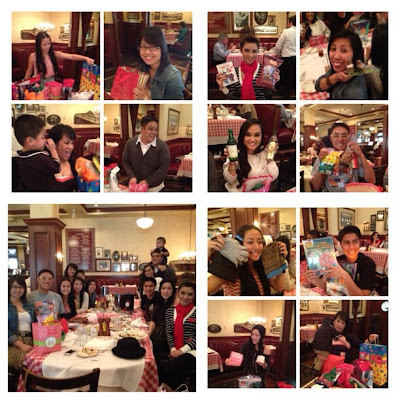 We ended 2011 doing things we love with the people we love! Best wishes to all of our beloved friends and family for a wonderful and blessed new year!