on March 02, 2013
My first born, Jelo, is five years old. If you don't know yet, Jelo is not his real name. His name is Julian Angelo. We took the "J" from Julian and the "-elo" from Angelo to come up with his nickname "Jelo". Cute, I know! I can't take credit, it was my husbands idea!

Last weekend we celebrated my son's birthday at Disneyland. He's been to Disneyland lots of times but we've been on a break from our annual pass for about a year and a half up until last weekend. Jelo was so excited to return to Disneyland for some fun. He was disappointed his favorite ride "It's a Small World" was closed for renovations, but that disappointment quickly vanished when we realized he was tall enough for "Splash Mountain. Even I was taken surprise by this one! Jelo is short, just like his mommy. Even when he was in my tummy, his limbs were always a bit shorter than where they were supposed to be that those measurement months. 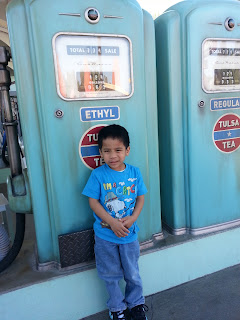 When he and I got on Splash Mountain, I was in fear he'd freak out half way through the ride and become traumatized by the experience. He's never been on a thrill ride before this. I was obviously 100 times more nervous than he was because he had his hands up in the air most of the ride while I had my hands tightly gripped around his waist. As we went down the two-story drop at the end of ride, the screamed with joy and was giggling non-stop at the bottom of the drop. I signed a breath of relief he was OK. 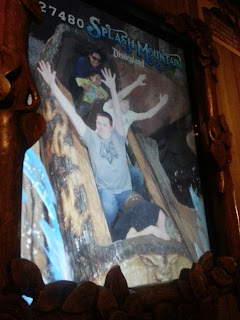 Jelo and daddy got on Space Mountain also that day. I stayed with baby DJ as he napped. I waited the 40 minutes or so while they stood in line and got on the ride. Again, I was nervous. This ride was a real roller coaster with the seats with the thingy that goes over your head to make sure you don't fall out. I was wondering if he was scared, might he throw up, was it too dark. As these thoughts were running through my mind, I hear Jelo running towards me yelling, "Mommy! That was super awesome!!!". He was OK and loving it all! 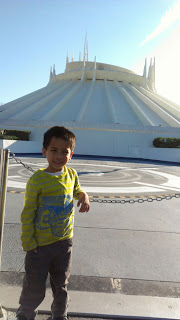 That day, not only did my first born turn 5 years old, he officially became a big boy. I realized he is now in another season in his life where he is becoming more independent and becoming his own person. He is braver than I had thought. He is as smart as I always hoped he'd be. He is handsome, loving, and kind, like his daddy. When he says "Mommy, I love you as high high high high high high as the trees" and hugs me tight it melts my heart. He can have a temper at times and be a bit stubborn, like his mommy. He loves electronics so much that even he has his own tablet, he designs his own out of paper and markers with his own made-up apps. He loves to write, leaving his notes and doodles all over the house. He loves to listen to KidsBop and One Direction. He would watch Disney Jr. all day if we let him. He's an awesome big brother who says "brothers always stick together". He's an wonderful little man who I love so very much! 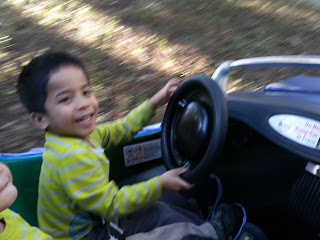 Jelo's 5th birthday was definitely a highlight of my February! I can't believe 2013 is going by so fast! It's March already! I hope some the Bloggy Moms will enjoy the Jelo's birthday story! Check out the blog hop below!