on February 20, 2013
Garcia family headed over to Mason's Star Wars birthday party earlier this month! Mason is the son of one of my oldest and dearest friends, Heather. Heather and I have known each other since the first grade! It amazes us that we now have kids that are about the same age we were when we met!

Check out the cute decor Heather and her team put together! 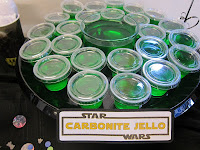 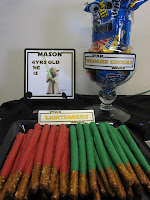 Mason had no idea a "real Jedi" was going to visit his party. He was completely surprised when the Jedi arrived. The Jedi explained to Mason and all the other kids that he was there to train them all to be Jedi. He also warned them all that he had heard Darth Vader had been seen lurking around the neighborhood! 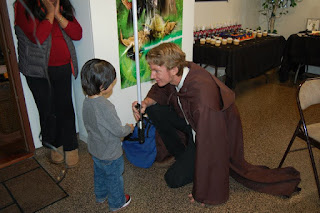 Each of the kids took turns training with the Jedi one-on-one, light sabers and all. 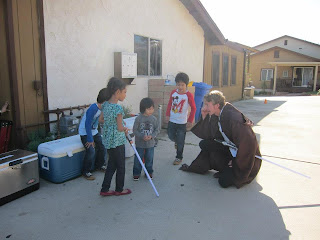 As all the kids were concentrating on their Jedi training, Darth Vader appeared out of nowhere! The looks on the kids' faces were priceless! They were all a bit scared and excited at the same time! The Jedi sprung into action and battle Darth Vader! The light saber battle had all the kids watching with big eyes! 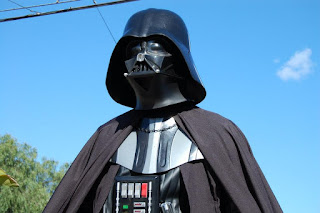 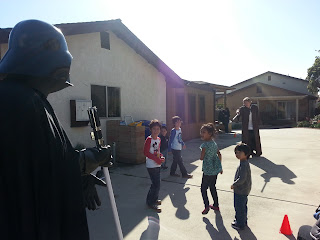 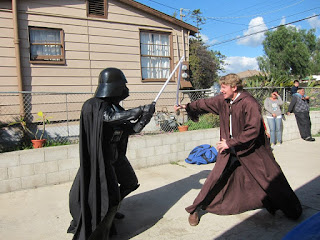 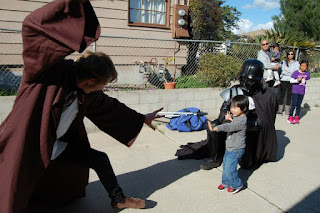 The Jedi also gave all the kids a chance to put their training to use and engage in a light saber battle with Darth Vader.

After all the kids had had their chance, the birthday boy Mason defeated Darth Vader! 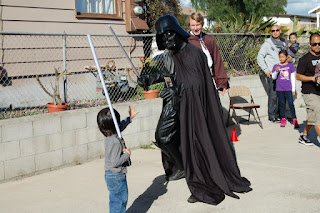 After light saber balloons and a ton of pictures, the Jedi and Darth Vader headed back to the Jedi Temple. 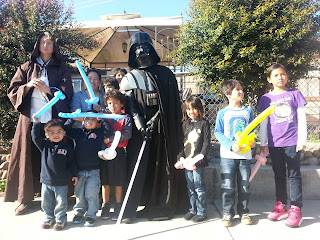 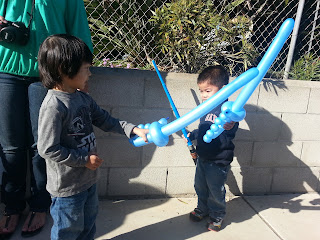 The kids had a great time! Kudos to Jedi and Darth Vader, who are a part of San Diego Kids Party Rentals. If you have kids who are Star Wars fans, they'll love this! The kids at Mason's party did!