on September 26, 2012
Being a mom is my greatest joy in life! Although being a mommy can get hectic and stressful with my two boys under the age of 5, the good times definitely outweigh the bad! 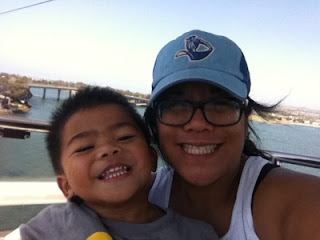 My 2 year old DJ and I have never been to a theme park with just the two of us even though we've had year passes to the San Diego Zoo, Sea World, and Disneyland during his lifetime. Our visits to these places usually involve our two boys, my husband, and I with the occasional aunt, uncle, cousin, and/or grandparent accompanying us. As the end of our Sea World annual pass approached, I decided to take DJ to Sea World, just him and I.
The day at Sea World with DJ allowed me to focus on just him. He had my attention 100% and vice versa. It was nice to spend the day not having to divide myself between my two boys who want me to listen to everything they have to say and to watch everything they do.

Between my two boys, DJ is more soft-spoken and talks only when he has something to say. His brother Jelo is the opposite. The day at Sea World I noticed DJ was able to identify many of the animals we saw, he was more of an explorer taking initiative to guide me to where he wanted to go and see, and I noticed he was attentive and a great listener when explained some of the things we saw.

Because it was just him and I, I was able to enjoy Sea World at a more leisurely pace. We took our time and did things that is often hard to do with two little ones. 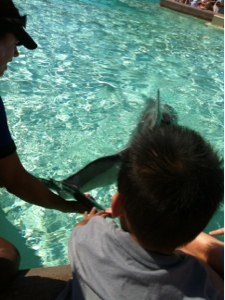 On the left is DJ touching a dolphin! 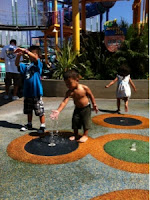 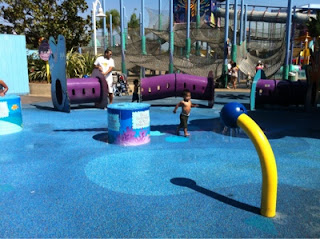 We spent a lot of time at Shamu's tank watching the killer whales just hang out. DJ loves it when the whales swim by him! We even sat in the splash zone during Shamu's show but we still left dry! 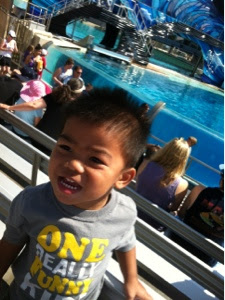 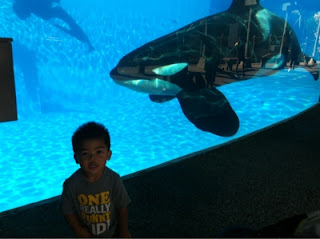 It is not always easy to spend quality time with just one of your children when you have a few, but it is definitely worth it. The one-on-one time had allowed me to learn about some of DJ's personality characteristics that are often overlooked, it gave me a time to listen to him and be "present" without having to divide my attention with anyone else.

I'd like to think DJ also enjoyed having Mommy all to himself. 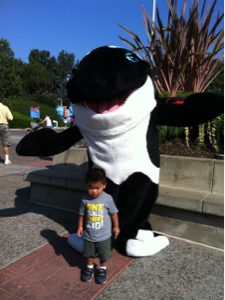 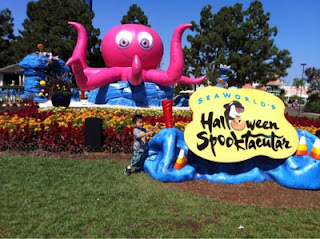