on July 23, 2012
My husband used to love Comic Con "in the good 'ol days" as he refers to it. Before the massive crowds,  before it became "Hollywood", and when it was really about comics. In the 14 years we've been together, we've gone once. That was before we were married, before kids. I'm not really into the comics, but I'm into the "Hollywoodness" of it all. Yet, I could do without all the crowds.


This year because I participated in the Walking Dead Escape that was part of the Comic Con festivities, we decided to take the boys and walk around the outside of the actual Comic Con, around the Gaslamp area, to   check out the folks in costume. We did see the long lines getting into the Comic Con which was not cool! Little did we know there was lots to see for free...and we still scored some Comic Con swag!


The Teenage Mutant Ninja Turtles were doing a huge promotion, having people check in on their mobile app to score some TMNJ masks and trucker hats! 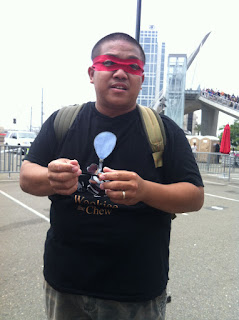 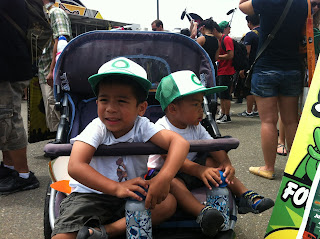 Family Guy and the Simpsons statues were seen all over the pedicabs around Gaslamp! 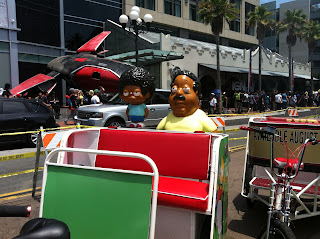 Inside the Marriott Marquis, Nintendo was hosting a party with kiosks to try out their game consoles.
We found Mario... 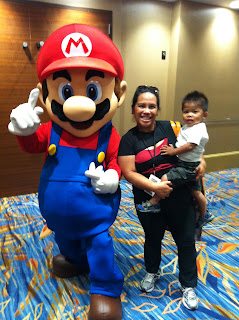 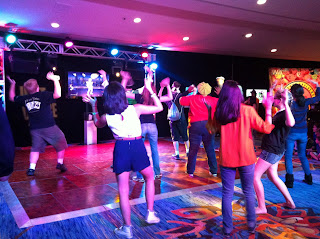 and grabbed a hug from Kirby! 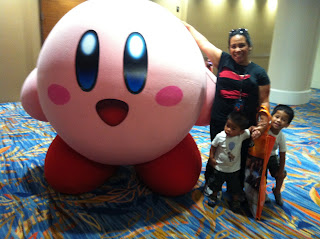 Along the SD Convention Center concourse, we saw the Three Stooges with their new girlfriends =\ 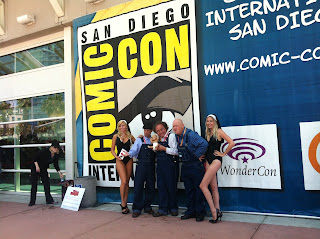 We even almost got attacked by zombie Minnie Mouse! 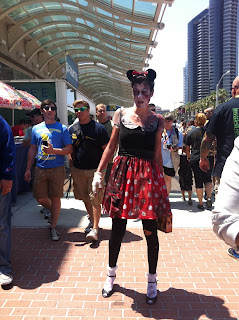 Retired Batman was enjoying the San Diego sun, just chillin' while his cars were on display! 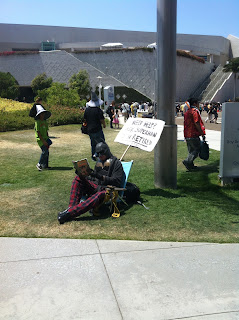 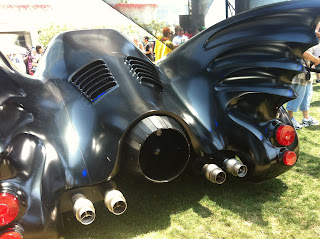 We even caught a glimpse of Emmy Rossum being interviewed for an Extra exclusive for Comic Con. 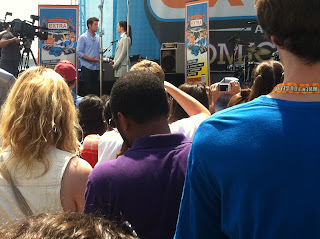 We even got to pose with some of the Avengers! 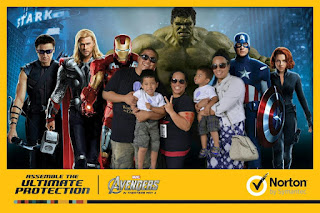 It was a great time! It wasn't too crowded along the streets. We might not do the actual Comic Con again (for awhile at least) but I'm definitely looking forward to the sights along the outside again next year!