on July 06, 2012
Jelo has been asking for a few weeks now to do a lemonade stand. He was all the more inspired when he saw girls selling lemonade at the park during the 4th of July.

So last night Auntie Amanda baked cupcakes and Jelo mixed up his lemonade this morning. We put the lemonade in a cool dispenser I bought a few months ago at Bed, Bath, and Beyond. 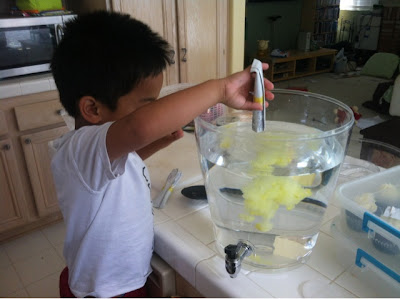 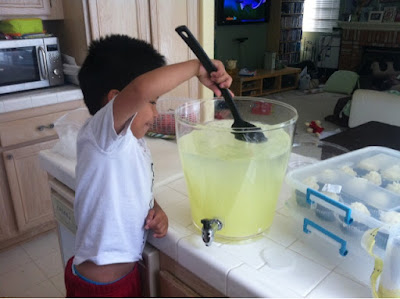 We headed to Lopez Ridge Park near our house to set up. There were a few kids at the playground who Jelo approached to convince to buy his lemonade and cupcakes. After about 30 minutes, a dad and his kids came to buy. Then Tatay (grandpa) Ted came by and bought $10 worth of goods! Yay! After about an hour and a half decided to close shop and give away the goods for free! There were a few takers but seemed like some of the mommies we scared to take the food from strangers. Who would be scared to take a free cupcake from a cute four year old?! :) 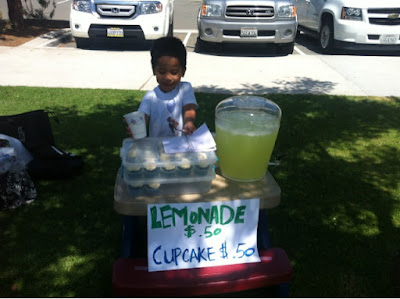 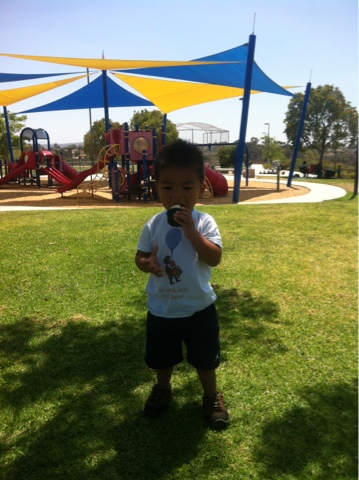 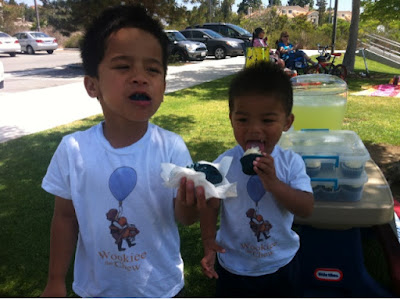 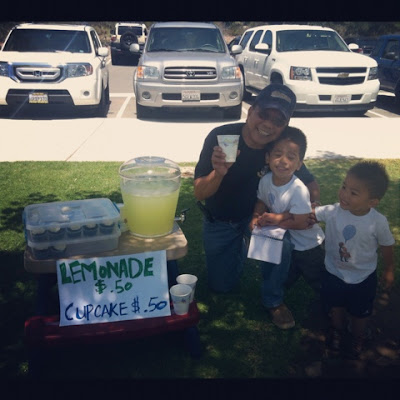 When we got home, Jelo counted his profits (with the help of little brother). The total was a whopping $10.19! The change was from the cents I had in my wallet as starting change! 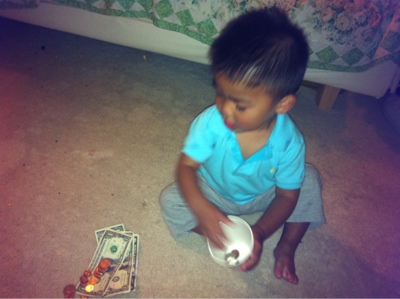 Thanks to Auntie Amanda for helping!

Jelo was very proud of himself and wants to do it again tomorrow!